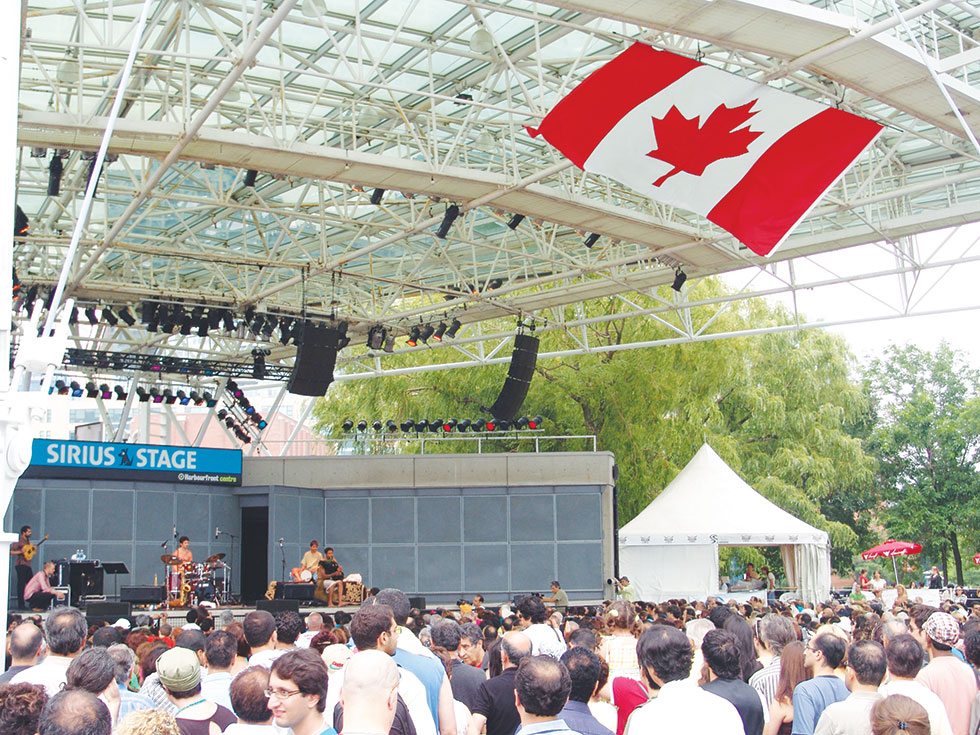 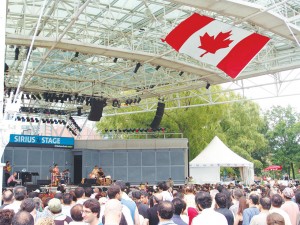 Tirgan Festival is returning to Toronto’s Harbourfront Centre from July 18-21, 2013, bringing together artists from around the globe to showcase the richness and diversity of Iranian art and culture through their mosaic of world-class talents.
The festival offers something for everyone, from workshops and activities to performances in music, dance, theatre, cinema, literature and the visual arts. Tirgan is also a great opportunity to sample savory Iranian cuisine and a traditional bazaar, showcasing a range of items including arts and crafts, Persian literature, exotic sweets, spices, and even traditional musical instruments and much more.
The theme for Tirgan 2013 is Hope, for hope is that which sustains us in hard times and calls us into the future. We look forward to celebrating this year’s festival with you in Toronto, a city that rightfully prides itself in welcoming diversity.

Volunteer Nature of the Organization
Tirgan is organized by more than 300 volunteers who work tirelessly in 4 departments over the course of a year to make this cultural phenomenon a reality
Four volunteer meetings take place every week for each of the departments of Tirgan: Artistic, Marketing, Operations, Public Relations
Tirgan volunteer demographics are very impressive
Gender: 61% of Tirgan volunteers are females
Age Group: About 70% of Tirgan

Tirgan’s Guests and Dignitaries
Every year Tirgan invites a large number of well-known Iranians to Toronto to visit the festival
Among the many politicians, members of the academia and guests and dignitaries attending Tirgan 2013 are:
Anousheh Ansari: the world’s first self funded female space tourist, who is also the Honorary Chair of Tirgan 2013:
Firouz Naderi: the director for the Solar System Exploration Directorate at NASA›s Jet Propulsion Laboratory: Magnitude of the Festival 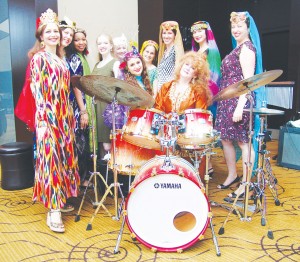 Tirgan2011- One of the events – Photo by Salam Toronto

Number of Events
Tirgan 2013 contains over 90 features in music, dance, theatre, cinema, visual arts, children’s activities, interactive arts and lectures and presentations.
With the exception of 5 of the performances of Tirgan 2013, the rest of the events are offered to the public free of charge.
Legend of Tirgan and the Festival’s Link to Toronto
Tirgan festival, which takes place at the Harbourfront Centre of Toronto, celebrates the ancient Iranian festivity of tirgan, which in turn for millennia has been a celebration of diversity in the land of Iran.
There are many legends on the origins of Tirgan. One is associated with the legend of the arrow (Tir), a reference to ‘Arash of the swift arrow,’ who was the best Iranian archer of ancient times. To settle a land dispute, it was stipulated that Arash should ascend Mount Damavand, and discharge an arrow whose landing location would determine the boundary between the two kingdoms, Iran and Turan. Arash climbed the mountain, and discharged an arrow, the flight of which continued from the dawn of day until noon. The arrow finally fell on the banks of the Jeyhun (the Oxus), and the boundaries of Iran expanded beyond all expectations, resulting in the inclusion of multiple ethnicities and cultures into the nation. This development led to the birth of Tirgan festival, a celebration of diversity.
As a city that embraces and symbolizes diversity, the organizers of the modern day Tirgan festival found Toronto to be the most appropriate location in the world to host this unique cultural event.

Blurred Vision
Canadian Rock band endorsed by rock icons such as Roger Waters of Pink Floyd
Thursday July 18, 2013 at 10 PM
Pink Floyd`s «Another Brick In The Wall» which was dubbed «Hey Ayatollah Leave Those Kids Alone» by them was named one of the top 100 most influential pop videos of all time and one of the first Youtube cover songs to go viral
Their debut album is produced by Terry Brown, the producer of Rush, the Rolling Stones, Eagles among other bands. Rush happens to be one of Jian Ghomeshi’s favourite bands according to his book 1982

Huri – Flamenco Dance & Music
Vancouver based artist, Delara Tiv, expressing the experience of an Iranian woman born and raised in the Islamic Republic of Iran through flamenco dance along with two of Spain’s top flamenco singers
Saturday, July 20, 2013 at 8 PM and Sunday July 21, 2013 at 2 PM