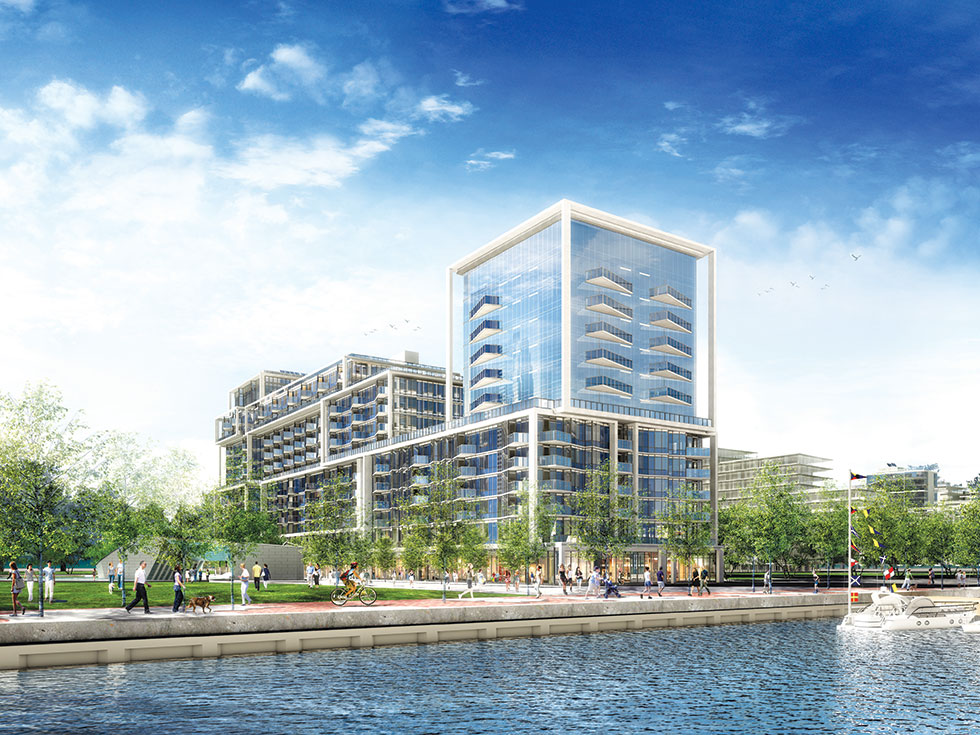 New Condominium Part of $1.1 b Mixed-Use Development Located on the Waterfront in Downtown Toronto 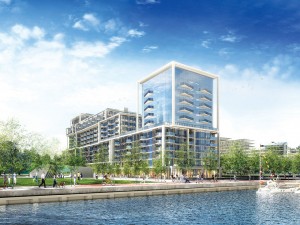 “Hines’ master-planned approach to the neighbourhood- and the lifestyle amenities and opportunities they envision for the site- make this not only an incomparable condominium project for Tridel, but for the city,” says Tridel President, Leo DelZotto.

“Aqualina will offer purchasers iconic architecture, distinctive interiors, desirable amenities, and an unparalleled waterfront location,” says Jim Ritchie, Tridel’s Senior Vice President of Sales and Marketing. “As the only Waterfront Toronto site adjacent to the lake, in East Bayfront, this site offers condominium purchasers a tremendous value distinction. There are few condominium locations which offer this intimate a connection with Lake Ontario, and fewer still that are as fully integrated into the development of the surrounding area as Aqualina at Bayside Toronto.”

The largest private sector development to date as part of Waterfront Toronto’s mandate to revitalize the city’s lakefront areas, Hines’ plan for the site includes the creation of more than two million square feet (190,000m²) of commercial, retail, cultural and residential development.

“Hines was selected by Waterfront Toronto in 2010 to transform the site into a dynamic yet sustainable mixed-use development, and to make it Toronto’s foremost waterfront neighbourhood. We see today’s announcement as a major step toward making Bayside Toronto a reality,” says Avi Tesciuba, Hines’ managing director, Hines Canada. 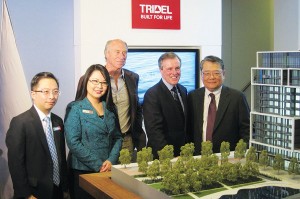 Aqualina at Bayside is a result of the creative vision of Arquitectonica’s New York office, an award winning architectural firm based in Miami. The project is being led by the firm’s partner Bernardo Fort-Brescia who is bringing an innovative and distinctive geometric approach to the exterior design of the 13-storey condominium.

Aqualina will be defined by a series of distinctive prismatic cubes made of glass and steel, featuring facades accented by angled fenestration and balcony designs intended to maximize views of the Toronto cityscape and lake.

The condominium’s interior public spaces and amenity areas will be designed by the award-winning Canadian firm of II BY IV Design Associates. Landscape design for the condominium will be led by West 8 + DTAH the award-winning team also responsible for the design of East Bayfront’s public realm including the streetscapes, water’s edge promenade and boardwalk.. West 8 + DTAH is also leading the design for the revitalization of Queens Quay which includes a new south side promenade, off-street Martin Goodman Trail and integrates the proposed Light Rail Transit line through the community.

Aqualina Bayside will contain 363 condominium suites, ranging from one-bedroom to three-bedroom residences designed with families in mind. Suite sizes will range from 560 square feet (52m²) to just over 2,100 square feet (195m²).
Among the distinctive features of Bayside, is what is likely to be the fastest residential Internet service in the city. Delivered by Beanfield Condoconnect’s ultra-high speed broadband fiber-optic network, users will enjoy wireless speeds up to 100 megabits a second.

Aqualina at Bayside will pursue a LEED Platinum designation and will be part of Toronto’s first LEED ®-ND Gold neighbourhood.

Tridel, which was selected as the exclusive residential partner by master developer Hines, has established a reputation as Canada’s leading environmentally sensitive, green residential developer earning several industry awards and distinctions for its Built Green. Built for Life®. approach, including being named BILD’s Green Builder of the Year five out of the past seven years.

This commitment to sustainable development is shared by Hines, who was among the earliest supporters of the LEED program in North America, having developed over 102 million square feet (9.4 million m²) of LEED Certified, pre-certified and registered properties in six countries.