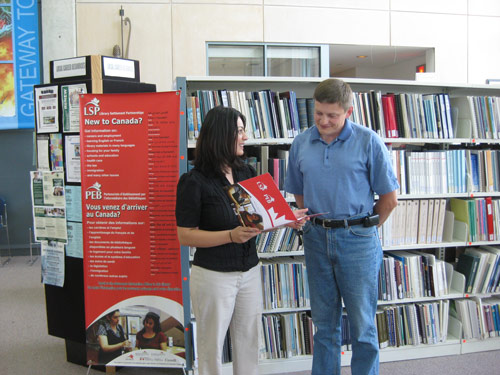 Local libraries across York Region are transforming to cater to Canada’s newcomers by offering more and more settlement services.

One of York Region’s leading organizations that focus on partnering with different libraries to service newcomers is the Catholic Community Services of York Region (CCSYR). The organization has been offering two streams of services since 2008; counseling and newcomer support.

Ms. Hua noted that City of Toronto’s public libraries have been accommodating newcomers long before York Region libraries have because of demand. But since Iranians have dominated the Yonge St. corridor, they are the main group CCSYR is focusing on said Hua.

“(Iranians) are the top group,” she said. “That’s the group we really want to focus on.” 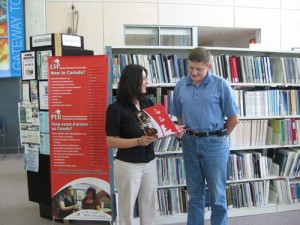 Hua urges newcomers to get familiar with services offered at the library, where staff can help determine how to refer them to a specific community service provider or to a Farsi-speaking settlement worker.

Language training and employment tips are the top two services Iranians are most interested in says Hua, but there are many other services available as well.
One-on-one counseling can be arranged at a library or at one of their several “Welcome Centre” locations. How to use library resources towards a job search and information on the retirement income system in Canada are just two of the workshops currently being offered free of charge.

Mentorship programs for those who are looking for information on a teaching career or social work experience are also available that she believes newcomers can benefit from.
“Don’t think of the library as a place to study for exams. It’s not a serious place. It’s for families,” said Hua.

The library is clearly becoming a more dynamic and engaging resource for newcomers. And in York Region, where a heavily-population Iranian diaspora resides, Iranians have easy access to a bevy of services to better integrate themselves into Canadian society.