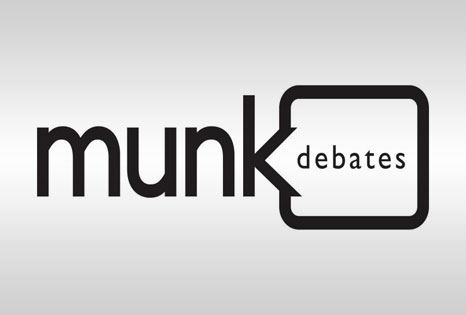 Four influential figures of international foreign policy will be in Toronto on Nov. 26 to debate the issue of a nuclear Iran.

The event, hosted by the Aurea Foundation, will debate whether or not a nuclear armed Iran should be tolerated.

“To encourage far-ranging discussion of an issue of global significance, the tenth semi-annual Munk Debate will table the motion: be it resolved the world cannot tolerate an Iran with nuclear weapons capability,” said a press release for the debate.

Arguing for the resolution will be Amos Yadlin, a former Israeli Air Force general, Israel Defense Forces head of Military Intelligence, and one of eight pilots to successfully bomb Iraq’s Osirak reactor. He will be joined by Charles Krauthammer who The Financial Times recently hailed as the most influential political commentator in America. Krauthammer is a winner of the Pulitzer Prize for his internationally syndicated column for The Washington Post.

Speaking against the resolution will be Fareed Zakaria, host of CNN’s flagship global affairs program, Fareed Zakaria GPS, editor-at-large of TIME magazine, Washington Post columnist, and New York Times bestselling author. Zakaria will be joined by Vali Nasr, the Iranian born Dean of the Johns Hopkins School of Advanced International Studies in Washington, D.C. and a member of the State Department’s influential Policy Planning Board.

The Munk Debates is an initiative of the Aurea Foundation, a charitable organization founded by Peter and Melanie Munk to support Canadian institutions involved in the study and development of public policy.