John Baird: Our dispute is with the Iranian regime and not with the people in Iran -هفته نامه خبری سلام تورنتو – Salam Toronto Weekly Newspaper 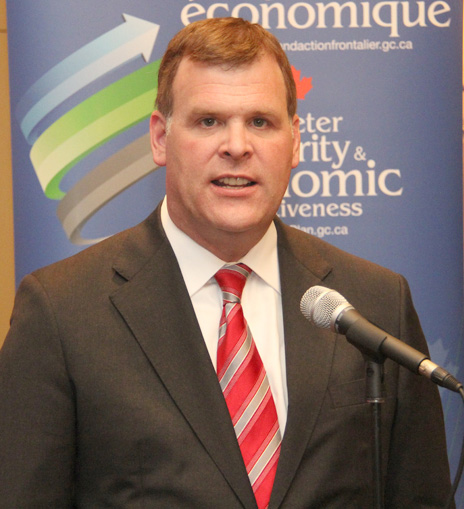 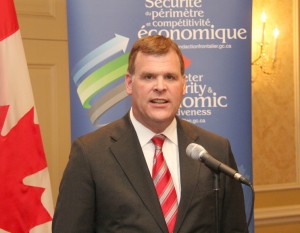 Canada’s Minister of Foreign Affairs, John Baird, answering questions from the media after his noon speech to the Canadian Club of Toronto on Wednesday, January 18th, 2012. (Photo by Salam Toronto)

Canada’s Minister of Foreign Affairs, John Baird, was in town for a noon speech to the Canadian Club of Toronto last Wednesday, January 18th, 2012.

During the media conference that took place immediately after his luncheon address, Salam Toronto got the chance to ask his Minister’s view on the current situation involving Iran.

“I always do,” Minister Baird said in reply to Salam Toronto’s question on whether he shares Prime Minister Harper’s sentiment on Iran being the most serious threat to the global community. “I do believe that Iran is the greatest threat to the peace and security in the world today. Their nuclear program is [increasingly] disturbing.”

“[But] obviously our dispute is with the Iranian regime and not with the people in Iran,” he added.

Aside from addressing the Canadian Club of Toronto, Baird also stopped in during a Tory caucus retreat at the legislature to give a pep talk to his provincial cousins about his experiences at Queen’s Park and Ottawa, a Tory source said. Minister Baird served in the cabinets of two former Tory premiers and was a vocal supporter of Hudak during his 2009 leadership bid. He is helping to lift Ontario’s Tories’ spirits.