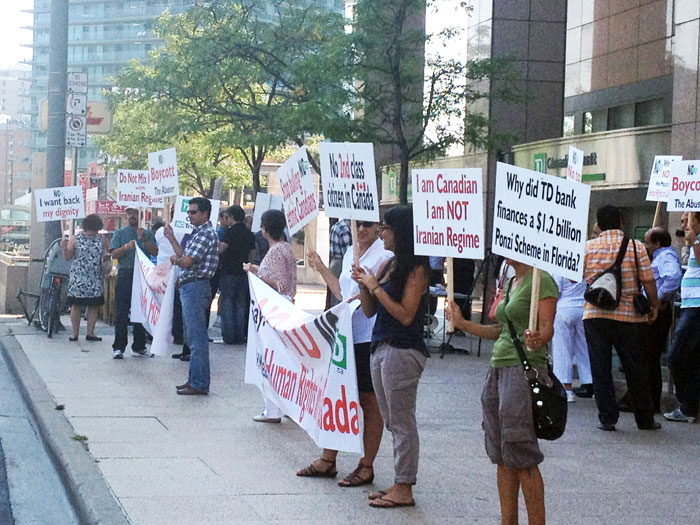 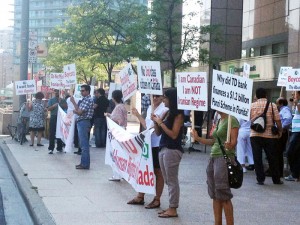 Four months after Iranian-Canadians began receiving letters from TD Bank notifying them of abrupt account closures, the community held its first protest in front of a branch in North York.

It was the first physical protest done to oppose the bank’s actions. Facebook pages and online petitions were created during the past months also.
Iranian-Canadians have voiced concern over the bank’s actions, citing discriminatory behaviour as the main issue, after the bank closed accounts, lines of credit, mortgages and credit cards, in some cases without offering clear explanations why.

The bank has previously stated the closures were not targeting the Iranian-Canadian community, and were done in accordance with Federal sanctions Canada imposed on Iran.

Organizers of the protest hinted there will be more protests in the future, according to the report.