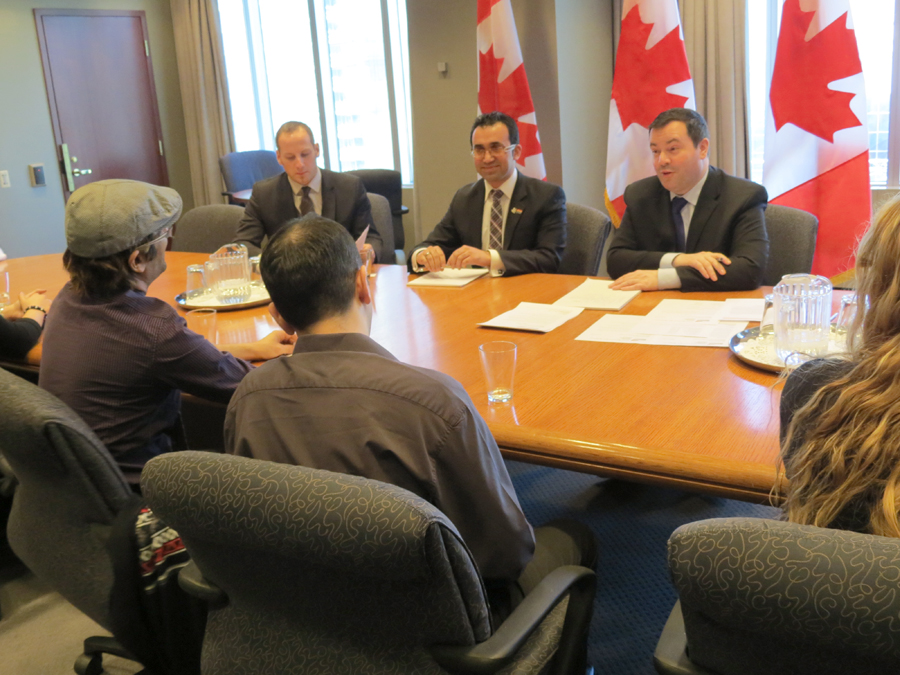 There were roughly ten LGBT Iranian-Canadians that joined Mr. Parsi in the meeting to share their experiences directly with the Immigration Minister. -Photos by Salam Toronto 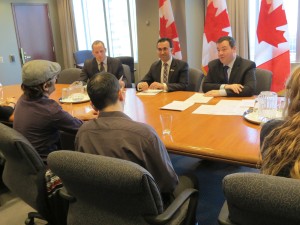 There were roughly ten LGBT Iranian-Canadians that joined Mr. Parsi in the meeting to share their experiences directly with the Immigration Minister. -Photos by Salam Toronto

Mr. Kenney also announced Canada will be increasing the number of refugees who resettle to Canada from 12,500 to 14,000 a year.

“We’re also increasing the support we give to those people who are in need of our protection through the 20 per cent increase in the refugee assistance program,” Kenney said.

Kenney said there will be an increase in the privately-sponsored refugee program which works with community-based organizations like the Iranian Rail Road for Queer Refugees (IRQR) that help Iranian refugees settle in Canada.

According to IRQR Executive Director Arsham Parsi, topics discussed at the meeting included lowering the application process’ length as well as the experiences Iranian refugees have had in both Turkey and as newcomers to Canada.

Prospective refugees from Iran are known to flee to neighboring Turkey to seek UN refugee status. 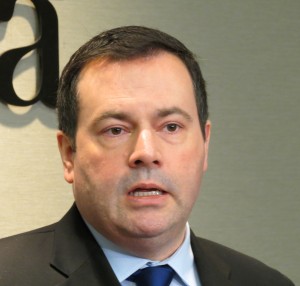 Canada does not have a role in determining which refugees are in need of protection. The United Nations High Commissioner on Refugees (UNHCR) designates potential refugees.

“They are getting UNHCR convention status and often get stuck in a UN backlog waiting for resettlement and sometimes are facing secondary discrimination there (in Turkey),” said Kenney. “And that’s why gay and lesbian organizations approached us, certainly when I became Minister three years ago, to help with that particular issue.”

Currently, the program takes up to ten to 12 months for the UN to refer refugees to the Canadian government.

“That’s typically a year after they wait for UN (refugee) status,” said Kenney. “So, many of these people are waiting about two years to get to Canada.” 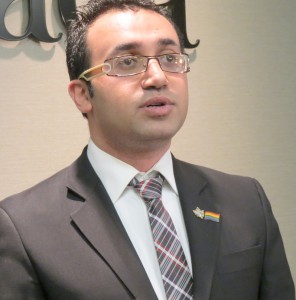 “Our target for resettlement of government refugees from Turkey is about 800 a year and a significant number of them are gay and lesbian,” said Kenney.

Mr. Parsi said he has worked closely with Immigration Canada with respect to LGBT refugees and said support is lacking within the Iranian-Canadian community.

“They are very vulnerable people,” said Parsi, adding that many of the refugees throughout Canada end up moving to the GTA because of the larger LGBT community. “They don’t have community support.”