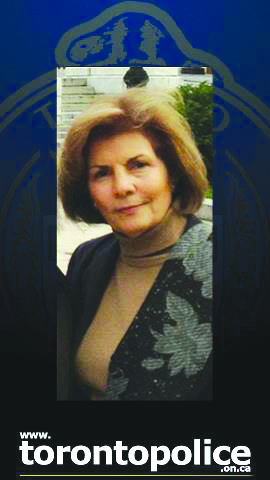 Toronto Police say Manijeh Bostani-Khamsi, 78, whose body was found in her apartment last Saturday, was killed. 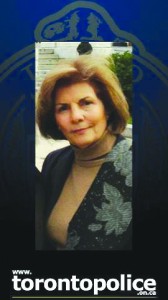 Toronto Police say Manijeh Bostani-Khamsi, 78, whose body was found in her apartment last Saturday, was killed.

An elderly Persian woman, whose body was found with obvious signs of trauma in her upscale apartment last Saturday, was murdered, Toronto Police say.

Manijeh Bostani-Khamsi, 78, lived alone in her apartment at 215 Wynford Dr., near Eglinton Ave. E and the Don Valley Parkway.

Det. Mike Carbone held a news conference last Monday to provide details of the investigation. The conference can be found on Toronto Police’s YouTube channel.

On Nov. 14, two days prior to the murder, the victim was observed in her building, going through her regular routine.

Police say an unknown person entered the woman’s apartment on Nov. 16 when an altercation occurred that led to her death.

“To date we have not received any information to believe that this was a random attack,” said Det. Carbone.
Toronto Police are tracking the woman’s movements from Nov. 14 to 16, and are especially interested in the afternoon and evening of Friday Nov. 16.

Carbone said Police cannot disclose the signs of death but did say an autopsy was done on last Sunday, with results showing “obvious signs of trauma.”

“I believe she was targeted,” said Det. Carbone.

Ms. Khamsi had no occupation. Her husband had passed away and her family lives abroad. She had lived at the apartment for over ten years.

Toronto Police said the investigation is ongoing and they will continue canvassing around the building and browse surveillance video.

“It’s very early for us,” said Carbone. “It’s something that’s still working through the witnesses and some people we still have to speak to.”

Carbone said the woman may have been the target of a robbery.