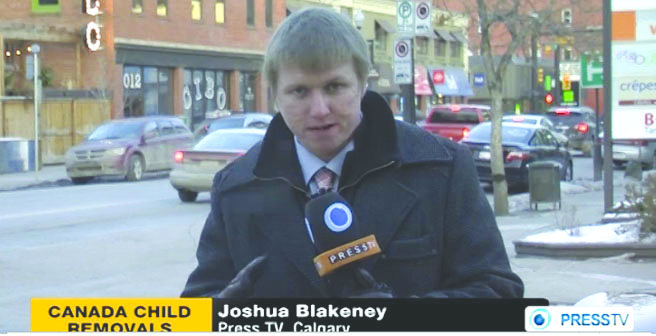 The women both alleged that the forced abductions are money-making schemes that end with the children being sold into adoption for profit.

Blakeney also used an unnamed “study” to suggest that “the Alberta government takes an astounding 111 children per 10 thousand” compared to Ontario’s “64 per 10 thousand”.

Both Canada and Iran have recently condemned each other’s human rights records. The Press TV report came less than a week after Canada expanded on sanctions already imposed on Iran.

Last September a UN committee on the rights of the child criticized Canada “for incoherence about how federal and provincial programs actually help kids,” according to a Canadian press report. The committee said Canada needs to “raise the bar” in how it protects the rights of aboriginal, disabled and immigrant children.

Last month, a Canada-led resolution expressing concerns over Iran’s human rights abuses was passed by a UN General Assembly by a vote of 83 to 31.

“It’s part of the ongoing effort by the Canadian government to exterminate us,” former Dakota Tipi First Nation chief Dennis Pashe said in the interview.