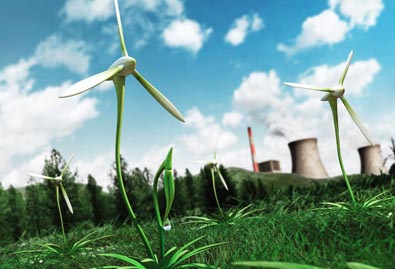 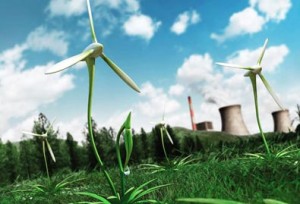 Tremendous transformations are occurring in the world these days. On one hand the recession in the U.S and Europe, and on the other, the rapid progress of emerging economies like China, India, Australia and Brazil. Up until recent days, I was under the impression that among developed countries who are facing recessions, Canada holds a strong position, but was surprised to find that Australia is even in better shape.

In a BBC documentary, Britain’s beaches and northern shores were shown to be used as suitable areas for wind power. Giant wind turbine posts being raised hundreds of feet in the air, generating enormous amounts of electricity. In other countries like Germany or Japan, you witness many protests against nuclear power plants that are to be built or the ones already in use.

Here we are in Toronto, with the Ontario Provincial elections right around the corner on October 6th. On Tuesday night, a three way debate between leader Dalton McGuinty of the Liberal Party, leader Andrea Horwath of the New Democratic Party and leader Tim Hudak of the Progressive conservative party was held and broadcasted from radio and TV stations across the province. The debate mainly focused on the serious needs and wants of Ontarians in regards to health care, education, colleges, universities, transportation systems, jobs and taxes. Matters that no one should ignore as they make the future of our province.

We would like to encourage Salam Toronto’s readers once again to participate in the provincial elections of October 6th, and vote for the candidate or the platform they agree with.

We’d also like to encourage those readers residing in the town of Richmond Hill to vote for Dr. Reza Moridi. He is a man who has used his academic, political and social experiences to make Richmond Hill a better place in the 4 years of his serving. He is a man who has brought more significance and respect to the Iranian-Canadian community. He is also a man who supports a better health care system, a better education system and an expanded transportation system, such as the extension of the Yonge subway line from Finch to Richmond Hill.

Ontario’s future is in the hands of voters.